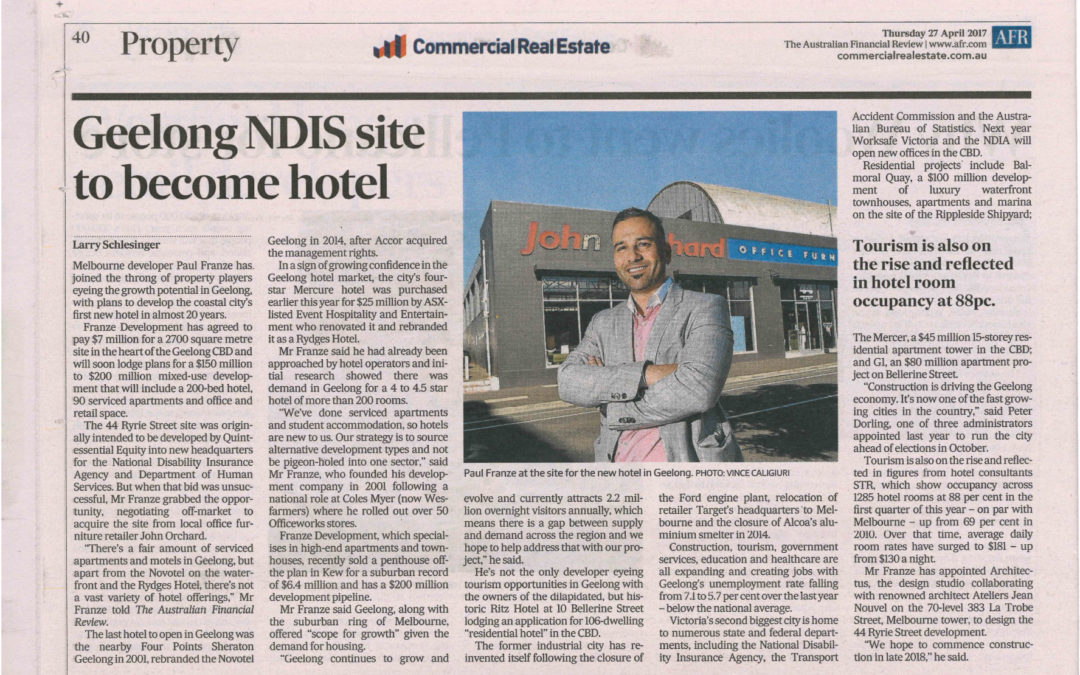 Melbourne Developer Paul Franze has joined the throng of property players eyeing the growth potential in Geelong, with plans to develop the coastal city’s first new hotel in almost 20 years.

Franze Development has agreed to pay $7 Million for a 2700 square metre site in the heart of the Geelong CBD and will soon lodge plans for a $150 million to $200 million mixed-use development that will include a 200-bed hotel, 90 services apartments and office and retail space.